A warm welcome to Thebe Foundation Trust’s (TFT) website. The Foundation’s raison d’etre is dedicated to ‘building communities’ such that communities are empowered to take ownership of their own development. This we inherited from the founding fathers of our founding (or corporate) body, the Thebe Investment Corporation (TIC). We’re excited to share some of our stories of impact, of social investment, of enterprise and supplier development, supported by our many partners and stakeholders.

The Thebe Foundation Trust (TFT) was established in 2011 by the Thebe Investment Corporation (TIC) founded in 1992, to maximize and continue driving community development leading to empowering communities and changing lives.

Since its establishment, TFT embarked on a select number of initiatives which you’ll read about in this report. We used the first years to actively engage with select community sectors i.e. education, and enterprise-supplier development. These gave us good exposure to the landscape of development further confirming the need to closely work with communities as a means to empower them and not turn them into perpetual dependents on corporate handouts and mercy. We further learnt that ‘empowerment’ is not an easy road, demanding of patience, honesty and realistic planning and resourcing. However, this for TIC and TFT remains the only if not credible approach if we are to truly build a prosperous society where the marginalized form part of the development and growth chain. 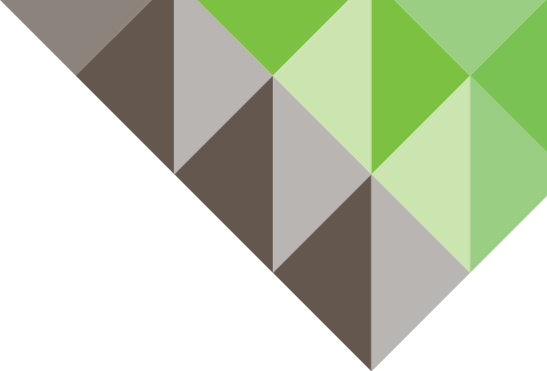 In 2018, the TFT board of trustees reviewed our work to date and agreed to revise our strategy to be more deliberate about bringing communities into the fore by creating wealth system that will directly benefit communities. We also decided to define what we mean by communities as well as work within defined communities to be able to overtime measure our impact, challenges and success. With this in mind we are resolute in spending all of the revenue we make through our investment strategy back in communities. This should over time be demonstrable by being able to clearly point to a ’community’ that would have truly moved from need to owning and driving its own development agenda.

As TFT we feel privileged to be in this position where we continue to strive to set new norms in industry. This is the modus operandi we aim to spread to other corporate partners.

As you learn more about us, we invite you to think of ways in which we can collaborate, learn from each other and share strategies aimed at truly empowering our societies from which we earn profit and growth to meaningfully and collectively reduce poverty and unemployment.

Whilst this report summarizes TFT’s social investment initiatives to date, it must be said that this is but the beginning. We are constantly looking to see where we can add value, improve what we do and expand our community development offering.

To succeed in our goal of building communities will take a long-term, collaborative approach. We are committed to the journey ahead of us and seeing where the road will lead us. Look forward to engaging further.​

Leveraging the collective goodwill, development commitment, business capacity and skills of the Thebe Group of Companies and its associated partners, we are able to formulate and carry out transformative and impactful interventions.

I have recently joined the Thebe Foundation Trust (TFT), as from the 1st May 2019. My first impression by just looking at the Thebe tagline – Building Communities. Our bottom line – was sheer delight.

As I come into this role, I am truly energised to build on the foundation and legacy of those that have gone before us.

On my first 4th day at work I attended a graduation ceremony of Thebe-UJ Small Business Enrichment Programme (SBEP). A few weeks later I attended a Steering Committee meeting in Mpumalanga for our Literacy and Numeracy Programme. This is a joint meeting chaired by the Department of Education and attended by Thebe Foundation training teams on the ground, as well as school principals and Heads of Departments. It was from this meeting that I learned that Thebe is committed to bringing to life our founding fathers’ dream of building a company with a social conscience from the beginning in 1992.

I have been in international development for just over 20 years and I can safely say Thebe tackles the real, hard issues of development. To start with, the places we operate in are not common to many and we build entrepreneurship skills in places where many would rather not go. When it comes to education, Thebe Foundation deals with the challenging issues at the foundational stage from Grades R, and 1 to7. This approach draws a picture of progressive improvements, and ensures that our children are able to read for meaning at the right age and grade. This is where Thebe has been working quietly in the last six years.

Though an independent member of the Thebe family, the Thebe Foundation Trust has been running the Enterprise Development arm for the group. How exciting it has been to see small and micro enterprises transformed into formal and stable businesses, with growth that none of the partners would have imagined.

As I come into this role, I am truly energised to build on this foundation and legacy of our founding fathers.

The TFT board is excited about our new strategy. They have envisaged a future where Thebe Foundation has deepened its impact and touched the lives of our communities in real and meaningful ways. Thebe’s influence within the group of companies is seen through the Thebe Codes, that goes beyond the call of duty and expands to impacting in communities – and this is expected to increase going forward-